“Stuart’s advice and good counsel was very helpful in making sure I left my company gracefully and made the right decisions during my transition; he also helped me keep a positive, up-beat attitude – which, looking back, made a big difference once I transitioned into a new position. One of the key benefits of working with Stuart was his consistent availability and his prompt responses and feedback whenever I had questions or the need for his input. Stuart treated me like a partner and there were no egos involved even though he was clearly leading the way as he gave me well-considered advice, direction and feedback.“

“While my recent career transition was an exciting prospect, it was also a scary one. The advice, tools, and support I received from Stuart gave me a clear roadmap for the journey. Working with Stuart sharpened my focus, boosted my confidence, and made my ultimate success inevitable. And it was fun!”

“I'm an unusual client for Stuart in that I am a nonprofit leader and public health consultant. During a transition period from serving as a senior manager in a nonprofit to becoming a consultant and project manager, Stuart was indispensable in helping me define my goals and develop a successful second career. He was available, knowledgeable, flexible, and fair in his own business practices. I can recommend him without any reservations.”

“I worked with Stuart over the course of 8 months after I departed Harry & David. He is an outstanding Executive Coach who worked with me through the transition process providing invaluable advice, feedback and support. While it’s up to me to do the work, Stuart was always available with insights and advice to get me into my next position. Can’t thank him enough.”

“I was fortunate to have the opportunity to benefit from Stuart’s coaching during my most recent job search. As a result of his guidance and expertise, I completely changed the focus and approach of my search and ended up in a position that will be an excellent, long term fit for my interests, values and lifestyle. I could not be happier with the entire process and the result. I highly recommend his services to anyone interested in re-evaluating or making a change to their career.”

“I've worked with Stuart for over a decade in a number of different capacities; including, executive coach and career transition coach. Stuart is very good at what he does. His approach is direct, comprehensive and results oriented. If you need world-class executive coach/organizational consultant, then Stuart is the right choice.”

“Having hired Stuart for multiple projects over the past five years as CFO of Lithia Motors, I can say with confidence that he is a consummate professional who knows how to achieve results. His organizational and communication skills are top notch and his resourcefulness in getting exactly the right information in front of key decision makers is unrivaled. For anyone looking for a career coach or management consultant, I offer my highest recommendation to Stuart.”

“The actual part of the coaching that was most valuable to me was the objective feedback to me about what I might be choosing to do that would be sub-optimal. Some specific coaching was around how to handle relations with a boss whose style differs from my style to a considerable degree. This has made a world of difference to the degree today that she and I have a very good working relationship. Finally, the planning tool helped me focus on all of the elements that comprise success in the first few months of a new job. THANKS!”

Is My Age Going to Limit My Job Search?

Can You Change Careers at Midlife?

Where Are You One in a Thousand?

Is Networking Really That Important?

Who Values Your Unique Qualifications?

leave me your name and email,

10 Steps To Accelerate Your Job Search

You have Successfully Subscribed! 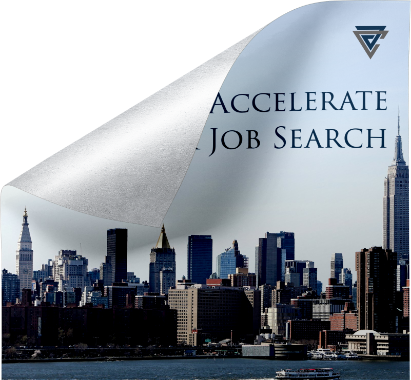 If you’d like more information, leave me your name and email for:

10 Steps To Accelerate Your Job Search

You have Successfully Subscribed!